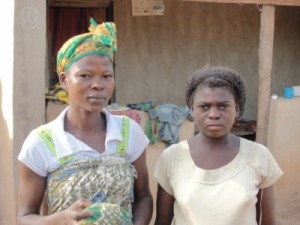 After a few weeks of arrangements I’ve moved into the village of Seripe, just over 15km from Bole, south on the main road. I live with the a farmer named Dery Torwel along with his wife, his three daughters Anita, Winnie and Amelia, and Anita’s son Vitalis. Two of his sons, Philip and Matthew, are attending school in the Upper West and his third son Sulupule lives with his wife in Sunyani, a city in the Brong-Ahafo region, a few hours south. The compound is about a ten minute walk from the road and the borehole, and Dery’s brother’s compound is just next to his. 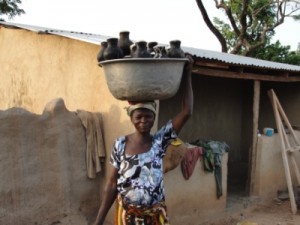 Dery’s wife carrying pito (the local drink, brewed from sorghum) to the market 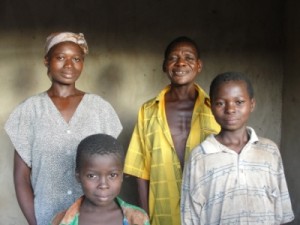 Dery, his sister and two of his sons, Philip and Matthew

As the rains begin to fall, the area between compounds is growing green. The stars are fantastic. Leo is spread out across the top of the sky; the familiar Big Dipper is in the north and the brilliant Southern Cross opposite it. Women walk gracefully with wood or water on their heads; they laugh at my greetings in Dagarre, the local language, not worrying for a second about spilling a drop. Amelia and her cousins dance and sing in the open space just outside of the compound door. Dery and I have conversations into the darkness about life in Canada and Ghana, often punctuated by his very Ghanaian expression of surprise, “So!” People are constantly dropping in to the compound to say hi and chat, to test my Dagarre and hopefully be the one to teach me a new phrase. In short, the place and the people have been easy to fall in love with. 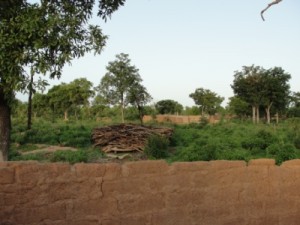 A view over the compound wall 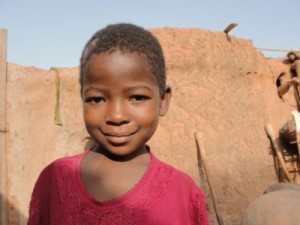 It’s easy to see life in an African village as romantic – and it certainly can be, especially as an Westerner. I remember having a conversation with some of my fellow volunteers into 2006, all of us wondering if we had seen “real” poverty yet. Life in Ghana as I’ve experienced it isn’t a World Vision commercial, and it is easy to wonder if Amelia’s smiling face is really that of “real” poverty. Shouldn’t poverty have a face that is miserable and destitute? 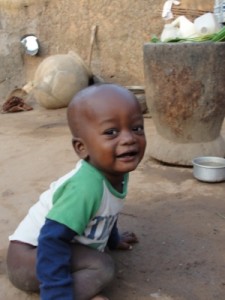 This illusion has been broken for me several times over the past few weeks in ways that it hadn’t been before. The day I arrived in Seripe, a man died in his house two weeks after stomach surgery. After his death I learned I had met him the week before – he was a member of one of the farmer groups and good friends with the Agric Extension Agent. I remember walking down the path to his house, but hard as I try, I can’t recall his face. A week after I arrived, Dery fell off the back of a motorbike. Even though it wasn’t going fast he dislocated two of his toes and hit his knee. He wasn’t able to farm for a month, and the fact that the rains are late so far this year is both a blessing and a curse. He is struggling to find labourers to help clear five acres of land for a maize field in time to plough; gold was recently discovered nearby Seripe and many of the young men who used to be available as labour for hire now mine illegally instead. Philip used to attend school in Seripe but the quality of education is poor and so Dery now pays to send him and Matthew to the Upper West, losing two much needed weekend farm hands. 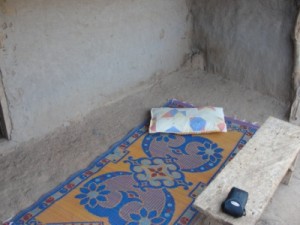 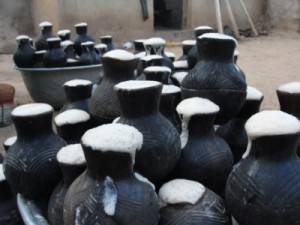 Freshly brewed pito, before heading to the market

More than ever, life in Seripe has shown me that poverty isn’t something you can always see on the surface. I have certainly been one of those guilty of expecting that it should be. Instead it’s something much more complex, much more difficult to articulate. The lack of opportunity, the vulnerabilities to shocks and stresses, the lack of access to or trust in basic services like health and education, poorly functioning markets and dependence on the weather. I have seen all of these factors at play in Seripe, but I haven’t seen abject misery. The past month has been a sharp reminder that Dery’s strong, proud smile as he stands with his family can still be the smile of poverty. 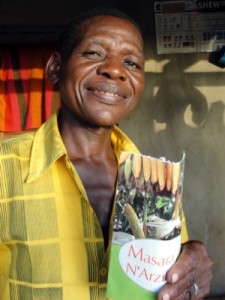 Picture Legend from top (and apologies as I still struggle to get pictures put into exactly the right spot!):

This entry was posted in (Human) Development. Bookmark the permalink.